How Many Airports Are There in Crete? 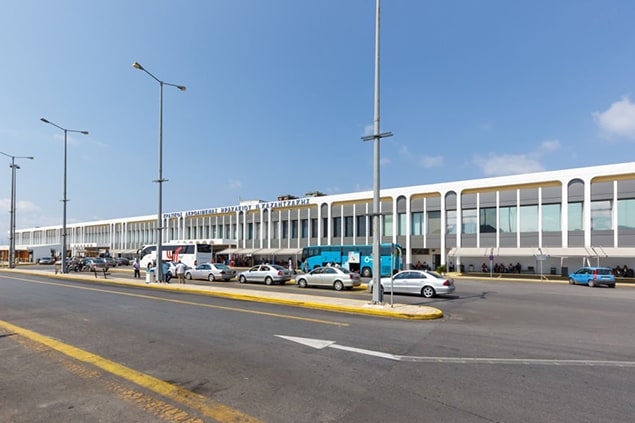 Crete has three (3) airports, (Heraklion Airport, Chania Airport, and Sitia Airport), which makes it easy to get to from most major European cities. If you're planning a trip to Crete, here's what you need to know about its airports.

Where is Heraklion Airport Located?

Heraklion Airport is located 3 miles (4.83km) away from the city of Heraklion. Because of its geographic location, it proposes daily flights to Athens and Thessaloniki. In the summer, Heraklion's airport also provides flights to Rhodes, Kos, and other Greek islands.

What Can I Expect at Heraklion Airport?

Restaurants, money exchange offices, ATMs, and private transfers are available at Heraklion Airport. You can also find a wide variety of duty-free shops where you can buy souvenirs, cosmetics, alcohol, and tobacco.

ALSO READ
› How Far is Heraklion Airport to Heraklion City?
› Does Heraklion Have Uber?
› Is Lyft available in Heraklion?

Chania Airport, also known as "Ioannis Daskalogiannis", is an international airport found in Crete. It's the second-largest airport on the island, and over a million passengers use it every year. The airport is a joint civil-military airport named after Ioannis Daskalogiannis, a Cretan that rebelled against Ottoman control in the 18th century. It is Greece's sixth busiest airport. 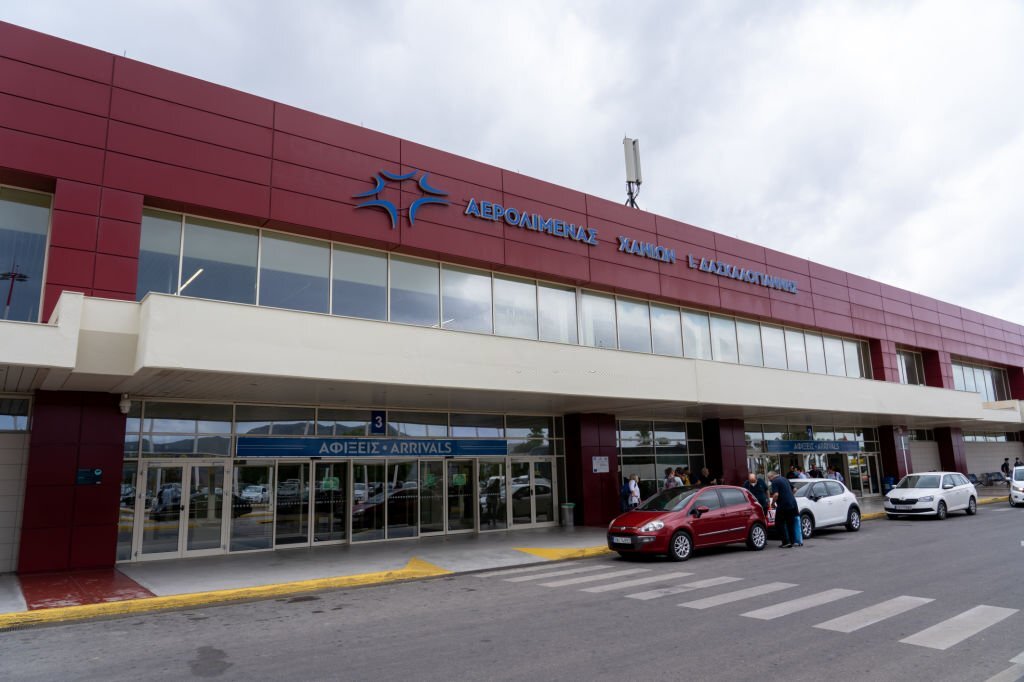 Where is Chania Airport Located?

Chania Airport is located 14 kilometers away from the city of Chania and just a few miles away from popular tourist destinations such as Falassarna Beach and Balos Lagoon. Once you arrive, you may book a private transfer in Chania Airport to take you to your hotel or accommodation.

What Can I Expect at Chania Airport?

Among the things you can expect to find at Chania Airport are an ATM, a currency exchange office, and car rental services. You can also find several restaurants and cafes, as well as duty-free shops where you can buy souvenirs and essentials.

Chania Airport offers a variety of flights to destinations all over Greece. Domestic flights (to Athens and Thessaloniki) are open all year (there are about 6 -10 Athens flights a day run by Aegean Airlines and Olympic Airlines). From late April or early May to the end of October, most charter flights to European destinations are also available.

Some airlines that fly to Chania Airport include:

Sitia Airport is the smallest of the airports in Crete. It's located in the east of the island and it's about 1 kilometer from the city of Sitia. The airport was built in 1984 and since then, it has been serving the community.

Where is Sitia Airport Located?

Sitia Airport is located in the east of the island, about 1 kilometer from the city of Sitia. The airport is accessible by car along the main road that runs through the North Coast. The main route is known as the National Road of Crete and it travels west from Agios Nikolaos. Taxis are available to take you to any location in Crete. However, take note that there are no direct buses available.

What Can I Expect at Sitia Airport?

Since Sitia Airport is quite small, there are only a few things that you can find. There's an ATM machine located in the arrivals hall, as well as a cafe. There are also several stalls where you can purchase essentials and other items.

Unlike the two major airports, Sitia only offers domestic flights within Greece. Some of the flights and their destinations include:

Request a real time price quote for a shuttle transfer in Crete. We serve more than 60 locations all around Crete Island.