How to get around Chania? 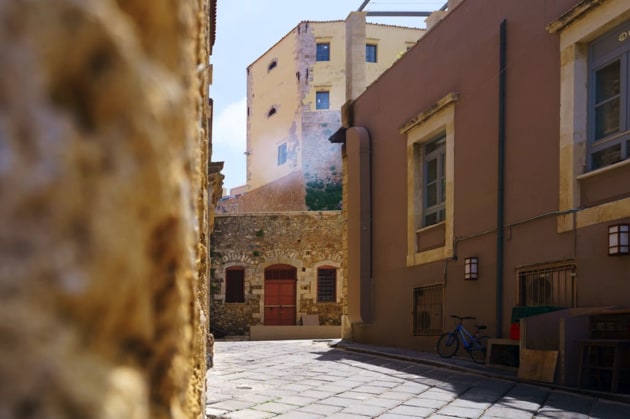 Chania resides on the western side of the island of Crete. Most of Chania's beaches and villages maintain their traditional appearance, even though some have become tourist destinations.

More developed and dotted with opulent tourist resorts and planned beaches on the northern side. The most well-known beach communities in West Crete can be found here. On the other hand, the south-west side is more isolated and traditional, with little seaside towns and undeveloped beaches

Chania is a very well connected city to European cities and cities in Greece. Chania is most easily accessible from Athens, which provides numerous flight and ferry routes. Other than Athens, you can also fly directly to Chania from Thessaloniki, Rhodes and numerous European capitals.

There is a widely popular mode of transportation through Chania's various neighborhoods through the local bus network.

Public buses in Chania are clean, comfortable and air-conditioned, making them a good transportation option. The service is reliable, although there may be some delays during rush hour or on weekends. Read more about the public transportation in Crete here.

There is no subway or metro network in Chania or Crete. So, a subway transportation is not available.

Public Chania Bicycles is a bike-sharing program run by the administration of municipality of Chania. It also promotes the pedal culture throughout Chania. New bicycle lanes have been created in the city center, facilitating safer and easier bicycle mobility. This solution is simple and cost-free for the first three hours of use plus one euro for each additional hour. Around the city, there are four bike terminals.

Compared to buses, taxis is a slightly more expensive option, but they can get you to your location more quickly and in comfort. Crete Taxis are conveniently accessible at every major location, at the port entry, at the airport, and adjacent to all popular tourist destinations.

Unfortunately, there are no frequent buses from the airport to Crete's major cities. So it is advised to book an chania airport taxi and get to your destination swiftly, comfortably and at low cost. There are several car types offered including sedans, Suvs, minivans and buses.

As you can read in our post about Uber in Chania, Uber is not available in Chania. But you can still use Best Crete Transfer for your scheduled transportation needs all over Crete.

How to get from Chania Airport to Chania?

How to get from Heraklion Airport to Chania?

You can easily take a taxi to Chania from the airport in Heraklion, and this 140-kilometer travel could take two hours. But don't spend more than €200 on the cab ride. If you hail a taxi from the airport station, you can negotiate the fare before accepting it. If you arrive late at night, this is a decent alternative of prebooking a transfer and get from Heraklion Airport to Chania safely, cheaper and in private. You might want to make a short stop in Rethymnon along the route since the travel is 142 kilometers and takes roughly 2 hours.

How to get around Crete without a car?

The beautiful island of Crete is situated in the Mediterranean Sea. The island is highly recognized for its gorgeous beaches, delectable cuisine, and unique culture. While traveling the island without a car is doable, it can be challenging if you are unfamiliar with the area.

Bus travel is another way to get around Crete. All of the major landmarks on the island are connected by buses. The buses don't always arrive on time and can get extremely crowded.

You can also choose to drive if you have a rental car. There are many destinations to stop and explore on Crete's roads, which are normally in good condition. However, keep in mind that Crete is an extremely mountainous island, making the roads windy and difficult.

Regardless of how you decide to travel around Crete, don't forget to take in the breathtaking scenery and mouthwatering cuisine. The island of Crete is a fantastic destination that is well worth exploring by driving or by taking a boat trip.

There are also some towns (and islands) in Crete that are accessible only by boat. These are Loutro, Glyka Nera, Gavdos, Dia Island, Chrissi Island, Koufonissia an some more. The boat ride is usually a cheap and convenient way to travel throughout the island too.

In which area should you stay in Chania downtown?

The Chania region still clearly displays its traditional architecture due to its lengthy history and rich culture. Walking through the Old Town, with its striking medieval architecture, is like traveling back in time. Holidays in Chania mix seaside relaxation, historical exploration, and firsthand exposure to local culture. There are some of the renowned places in Chania which not only offers an escape from your daily routine but also expands your experience in the most amazing and intriguing ways.

Halepa is brimming with ancient structures and architecture that will transport you to the era of aristocrats and monarchs. Wandering about and exploring the streets is one of the most intriguing things you can do here.

Historic structures coexist in this neighborhood now with mansions and villas since it has become a haven for the city's wealthiest citizens.

For a peaceful atmosphere, Halepa is one of Chania's greatest neighborhoods. Many historical sites that reflect the most significant political events in the city can be found here, along with some of the most expensive lodging alternatives.

Accommodations in Chania can be found at Nea Hora for a little less money than in the city center, conveniently close to everything. You may take advantage of the sun and sand in this area, which is also close to the city center and its attractions.

Nea Hora has a lot to offer, from dining establishments to coffee shops and stores as beach resorts. Because of the attractions' popularity with visitors, it may get quite congested, especially during the high season.

Nea Hora is also adjacent to several fascinating and well-known tourist attractions and fantastic lodging options for every price range.

If you desire to live close to everything in Chania, Splantzia, a part of the old city, is one of the amazing areas to live. Even with all the tourists who like to congregate there, it offers a serene, calm atmosphere full of restaurants, boutiques, and old buildings.

This one is the greatest area in Chania to stay in if you enjoy exploring new areas of a city. It is brimming with serene cafes and secret locations only the locals and the adventurous find.

The food, the local culture, and the ambience of these streets all reflect the fact that this neighborhood is a mash-up of all the cultures that have gone through Chania.

Where to Park in Chania?

You can travel for miles in Chania without coming across a parking space. So it's quite helpful to know where to park your car in Chania. You may travel to Chania without worrying about breaking any parking regulations or receiving a penalty by using the information about the different parking locations spread across Chania.

Near Koum Kapi Beach is East Moat Theater. Here, there is a sizable, free parking space. Never trust anyone who requests money from you, and that fraud is well-known and is simple to avoid. It is situated just a few meters away from the theatre, and parking is generally simple to locate except on Saturdays when the farmers' market is going on.

At Talos Square, parking is uncompensated. Look for the large Carrefour sign on your right side along Chania's principal one-way roadway, a one-way street that leads to the waterfront. Till you reach the waterfront, follow it, and nail the city walls. There is a lot there as well as street parking. Although there is competition for these spaces, one will always be available for you.

The former capital of the island of Crete and its second largest city is Chania. Chania is renowned for having multiple historical and cultural eras present. Chania, once governed by the Byzantines, was conquered by the Venetians in the 13th century and by the Ottomans in the 17th century. Chania still bears many remnants of these two different cultures.

Chania's most well-known tourist attraction is the Old Town, divided into several neighborhoods, including the Jewish and Turkish Quarters. The architecture in Chania reflects the city's rich history, as evidenced by the Etz Hayyim Synagogue, the last remaining Jewish structure on Crete after World War II, the historic Venetian stronghold and walls, as well as the Mosque of Kioutsouk Hassan, Crete's first and oldest mosque, erected in 1649.

If you want to visit the southern and western regions of Crete, which some claim has the nicest beaches on the island, Chania is an excellent area to stay. While many visitors staying in Chania depart for the beaches of Elafonisi, Falassarna, and Marmara beach, adventure seekers might hike to the Samaria Gorge or the lesser-known but no less magnificent Aradena Gorge.

ALSO READ
› Taxi scams in Chania and Chania Airport
› How far is Chania Airport to Chania Downtown?
› How to get around in Heraklion?
› How do you get around Rethymno?
› How To Get Around In Agios Nikolaos Crete?
› Is Lyft available in Chania?

Request a real time price quote for a shuttle transfer in Crete. We serve more than 60 locations all around Crete Island.